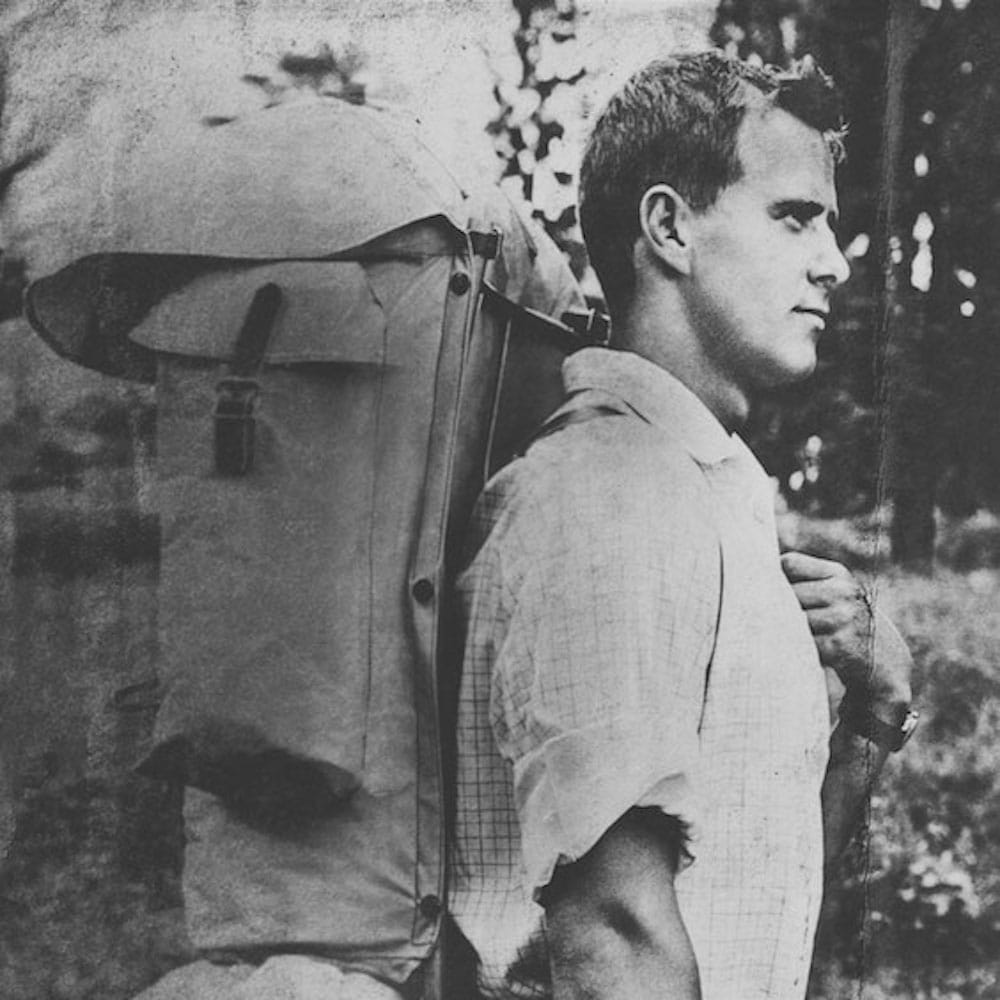 Main Content Starts Here
Our Favorite Nature Apps We asked some of our team members and Fjällräven Guides about their favorite apps used in the outdoors.
INATURALIST 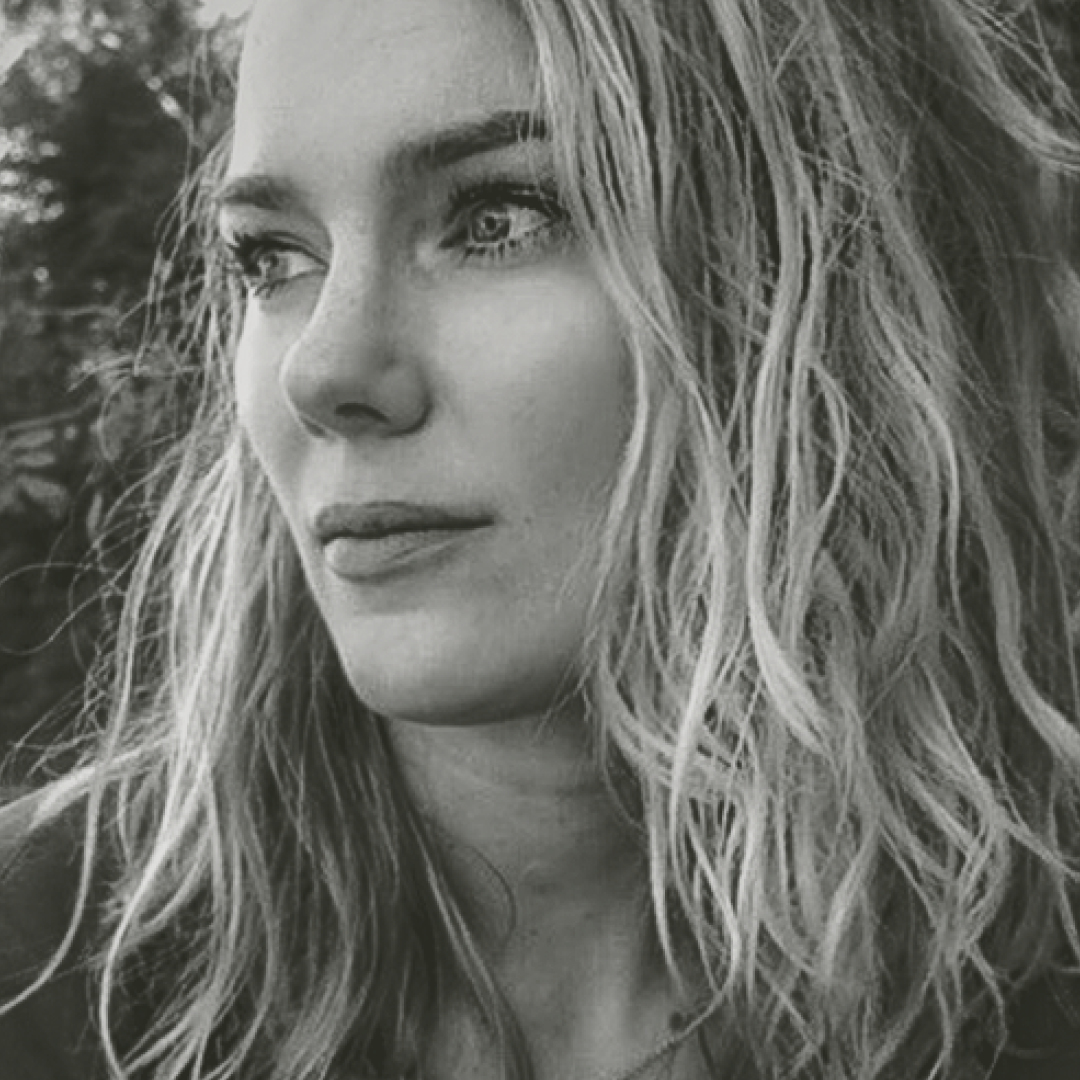 Cayte Bosler Fjällräven Guide - NYC
I use Seek by iNaturalist for everyday adventures like monitoring my local ecosystems -- a park, a patch of ocean, or the woods -- and for expeditions where there’s always the possibility of documenting a rare species or even a discovering a new one.
Taking a walk with Seek opens up a wealth of knowledge about the species who live around us. The app learns from all the documentation it records from users, so it gets smarter about what species are likely to be seen in any given region. The curious novice can pull up a list of common species for their neighborhood and keep an eye out, and as someone’s knowledge of ecology grows, there are more patterns to discover about how certain species behave, when they bloom when they migrate, and much more depending on which kingdom of life you’re paying attention to.

My favorite feature is that the collective data can be harnessed by scientists for important work to study and protect nature. Seek, in my opinion, is the ultimate citizen science app. Easy to use, fun, and a direct contribution to scientists who need to understand what species comprise a given ecosystem.

Seek offers a series of ”challenges” designed for community engagement. One time I organized a what’s called a ”bio-blitz” where a group took a few hours to wander Central Park to document species. The app let us all link our profiles and by the end, everyone involved learned about at least a few species like what kind of fungi was helping a tree decay to the kind of hawk soaring above.

I’ve been obsessed with snails ever since spotting their goopy, surreal bodies as a kid in the Washington State woods. Recently, I was researching in the remote wilds of the Bolivian Amazon rainforest. Each night at camp our team would share pictures of what each of us had documented. There was a lot of excitement for any signs of jaguars, and ocelots, monkeys, and charismatic birds. For my turn, I would show pictures of snails, some of the biggest ones I’d ever seen. I was so excited to share my team thought leading up that I must have gotten something related to a big cat. They quickly learned where my loyalty was and would call me over anytime they found a snail.
SUNSEEKER Casey Lorenzen Fjällräven Content Manager - North America
Sunseeker is an app that crosses boundaries for me. I use it both in work functions as well as for my own photography pursuits. At its core, it is a comprehensive solar tracking and compass app. In layman's terms, it tells you where the sun will be in the sky at any given time of day. For me, it is ideal in helping me plan photoshoots and activities that rely on natural light, giving you optimal light conditions.
I've used a number of different sun tracking apps and Sunseeker is hands down my favorite. It has features I haven't found in other apps and is, overall, the most user friendly of the lot. One of my favorite features of the app is the 3D view which incorporates augmented reality that shows you the suns path at different times using your phones camera. Another feature that is highly beneficial for me in planning shoots is that you can choose any location and date and the app will show you the suns path in that place on that day. The map view is also one of the most accurate and detailed maps I've seen in such an app.
This app was a life saver on our most recent photoshoot in New Zealand for our Spring/Summer line. The days are super long on the South Island in the middle of a kiwi summer, so relying on the app to tell us when and where the sun would be rising and setting was paramount to us getting the best possible shots. It got to the point where 4 of us on the crew had the app and were seemingly always checking the conditions.
*Pro-Tip: Plan your days ahead of time. If you know where your exact location will be, plot it out so that you're not scrambling at the last minute to get in the right position for that precious golden or blue hour light!
TRAINING PEAKS 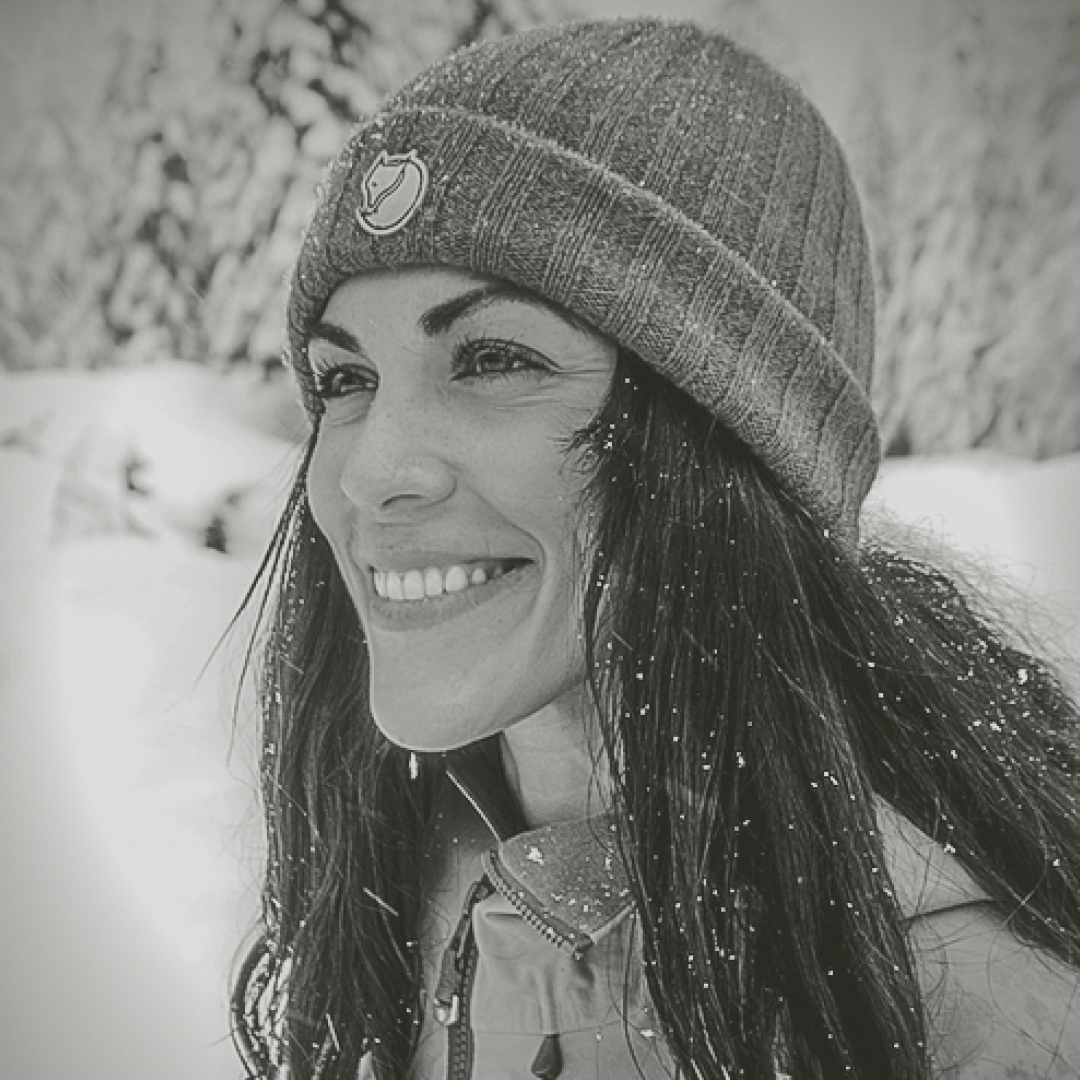 Eylene Pirez Fjällräven Guide - Seattle
I use Training Peaks for training for mountaineering expeditions or any other athletic event or goals I want to achieve. I like that it allows you to set schedules and plans for your goals which makes it ideal for expeditions or instances where your goals are very specific.

Training Peaks is not like other training apps. Most training apps focus on analytics like calories, weight gains/losses, BMI, and such. Training Peaks focuses on long-term performance progress rather than stand-alone work-outs or short term performance. It offers training tests which results are presented in easy to read graphs and charts so you can track your progress and tweak your plans based on performance. Analyzing these trends allows you to change your training focus on what matters: your own performance goals. BMI and calories are superficial measurements of your fitness level that matter very little to your endurance and true performance.

My favorite feature is being able to plan long-term training periods. I make 3-6 month plans where I can precisely track and improve my recovery period based on fatigue charts. This allows me to see how I improve week to week and reduce compounded fatigue. For expeditions, you have to be able to perform day after day. Sometimes weather conditions dictate that you have to push on without a rest day, being able to recover quickly and maintain your performance and form is crucial to an expedition’s success and safety. Other times, weather can bog you down for days or weeks at a time, so you have to have the physical and mental conditioning to maintain strength and fortitude until you can continue. All of us are more prone to injury and poor decision-making when performing exhausted or after a long spell of stagnation. Safety is the number one priority of an expedition, so it must be the most important aspect of training.

If you don’t know where to start, you can search for training plans designed by athletes and coaches on the site. That is how I learned to use it. The learning curve for the app’s user interface can be difficult as you need to analyze and understand your trends. It certainly demands more of you than most apps, but a mental challenge is just as good for you as a physical one. I was introduced to the app by Steve House’s Uphill Athlete so his workouts served as my foundation. His program made me realize that before Training Peaks I was just working out and never really training.
RELIVE 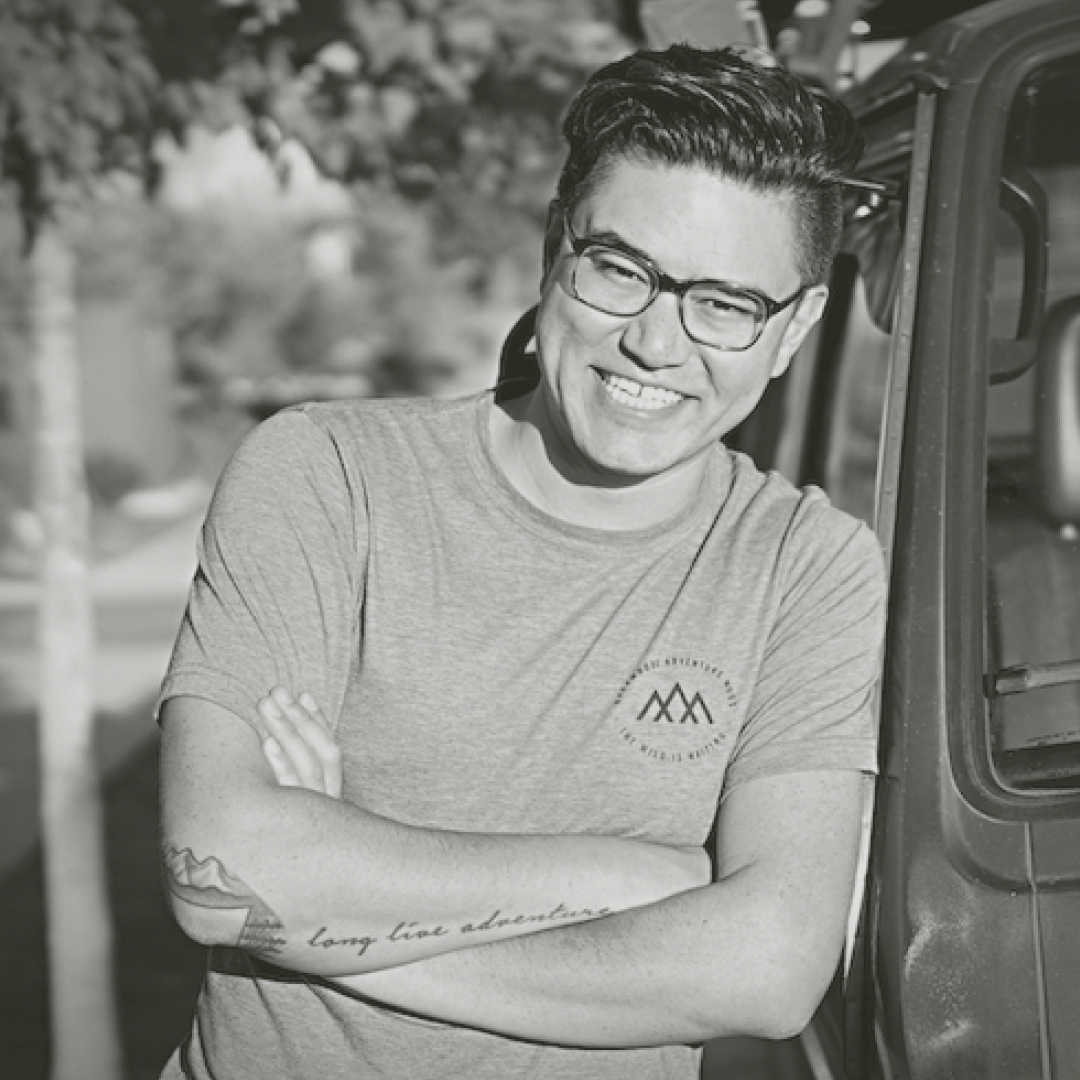 Nate Dietz Social Media Brand Manager - North America
I enjoy using the Relive app when out adventuring or traveling in new areas. Not only does it make it super simple to track distance, gain, and time, but it also generates a 3D video of your route along with photos you take which makes it a super easy way to share the experience with others!

When you start your outing, you select which activity type you plan to do: hiking, cycling, running, skiing, etc. Once you hit start, the app tracks your movement and records pertinent stats. You can pause the app if you take a break, then resume when you get going again.

My favorite feature is the trip recap video it generates and how easy it is to share. Your route is traced along a 3D map. If you use your phone’s native camera app, the photos will appear where you took them along the route! A great way to share the experience or make mental notes if out on a location scout for a photo shoot or recon.

Often times outdoor app can be too "techie" for me. Simplicity is something I value and this app does a nice job of providing pertinent data without the clutter of an interface that has a thousand choices or layouts.

You do have the option to edit your activity after it’s been created, but you'll have to upgrade to “Relive Club”, their paid version. The paid version allows you to edit, add music, control speed, and get your activity vids in HD quality.
AVENZA 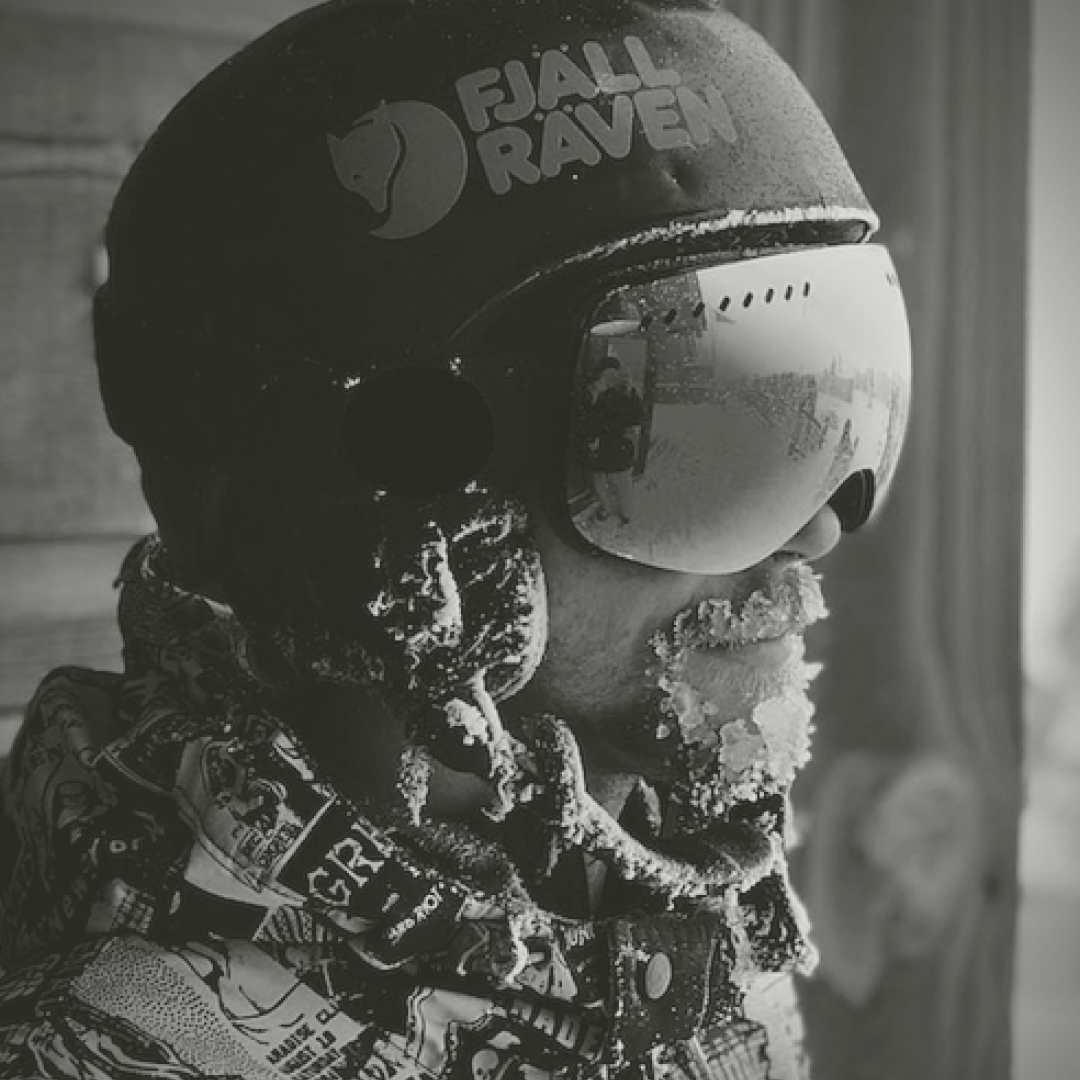 Jackson Jewett Retail Marketing Coordinator - North America
This App should be used for navigation in the backcountry, when knowledge of terrain features is critical.

A major advantage of Avenza is the ability to upload any type of map into the app, to allow you to navigate with different views of the terrain. An example would be topographical maps withslope angle shading, which allows you to plot the safest route to your desired destination.

The slope angle shading is my favorite feature, as I can determine which areas of the backcountry have the greatest potential for avalanche risk. Any slope between 33-55 degrees should be avoided during the winter season, especially after new snowfall.

Pro Tip: Plot different points to determine the average elevation gain to your desired location. Some routes will have less uphill than others to get to the same place!

My friends and I often make bets on how steep our ski line is, to the exact degree. Whoever has the closest answer wins a beer from the local brewery at the end of the day!

Honorable Mention: CAIC
Every outdoor enthusiast who ventures into the backcountry should have their local avalanche forecast info available at all times. This is critical daily news, as the snowpack conditions will change daily and information should be gathered throughout the season. Knowing when, where, and how avalanches will affect your travel plans must be discussed with your group before leaving the trailhead. Educate yourself and make good decisions when traveling in the backcounty!

Stay Up to Date Enter your email address below to receive the latest updates.
By signing up to the newsletter, you agree to
our data protection and cookie policy.
During these times of uncertainty, we like to share ways for you and our community to stay connected to nature anytime and anywhere to prepare, comfort and inspire.
Nature Is Waiting
Footer Content Starts Here